RSCM Publications are delighted to announce the publication of the winners of the RCO Composition Competition 2020.

The under 25 years category has been won by James Mitchell with Festival Toccata.

The winner of the 25 years and over category is Paul Trepte with Who alone is good for tenor and organ, setting words by St Francis of Assisi. The runner-up is David Halls with Passacaglia.

The competition jury was chaired by Gerard Brooks, the RCO President, who was joined by Judith Weir CBE, Master of the Queen’s Music, and Thomas Trotter, international concert organist and organist of Birmingham Town Hall.

Mr Brooks reports: “The RCO Composition Competition has proved to be a very successful event. Perhaps the restrictions of Covid-19 were partly responsible for prompting an impressive outpouring of compositional talent, for no less than 64 entries were received: 16 in the under 25 years category and 48 in the 25 years and over category.

James Mitchell, winner in the under 25 years category is based in Devon. He has recently graduated with a Double First in music from Girton College, Cambridge. James has also held posts at Ely and Manchester Cathedrals.

Gerard Brooks writes: “We all enjoyed [James’s] eminently playable work: it is well-suited to the organ, convincingly constructed, consistent in its musical language and it maintains its interest throughout.”

The winner of the 25 years and over category is Paul Trepte. Mr Trepte, a prizewinning Fellow of the College, is a former Organist and Director of Music of Ely Cathedral and has pursued a wide-ranging career in the organ and choral fields. He has a number of recorded and published choral works to his credit. Who alone is good sets a text by St Francis of Assisi. “This effective work with an approachable organ part”, reports Mr Brooks, “caught our attention from the start. The work has a strong and satisfying sense of form; the tenor part, whilst challenging, offers an expressive opportunity to the soloist, and the interplay between voice and accompaniment is both interesting and unusual.”

David Halls, runner up in the 25 years and over category, is currently Director of Music of Salisbury Cathedral. He was organ scholar at Worcester College, Oxford, and is a prizewinning Fellow of the College. Of Mr Halls’s Passacaglia, Gerard Brooks says: “We found this to be accomplished and well written, lying well under the fingers. The work has a good sense of forward movement, and the musical ideas are effectively and interestingly developed as the music progresses.” 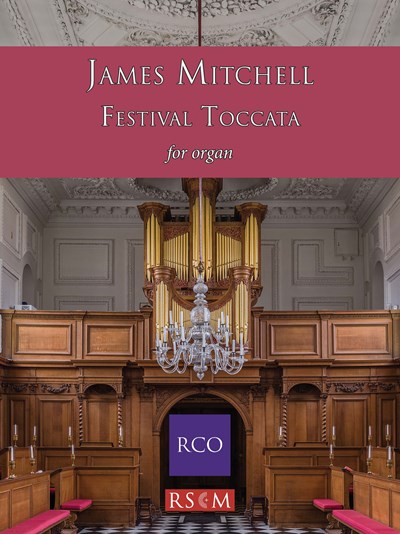 Trepte: Who alone is good for Tenor solo and organ

Paul Trepte
Winner of the RCO Composition Competition 2020 (over 25), setting words of St Francis of Assisi for Tenor solo and organ.

Halls: Passacaglia and Fugue for Organ

David Halls
David Halls, Director of Music at Salisbury Cathedral, wrote this for the RCO competition held in 2020, in which it was the runner-up. A well constructed work, organists will find the notes fall under the fingers and an enjoyable piece to both...